What the women we’ve helped say about Edinburgh Women’s Aid:

Case study 1
EWA has been supporting A and her three children for some time and this has included advocating for the family with a number of statutory agencies.  One example of this is the close work conducted between EWA CYP team and EWA WSS team, Social Work Children and Families and the Scottish Children’s Reporter Administration (SCRA).

Through this partnership, A’s support worker is able to advocate for and represent the views of A and her son L (aged 10) at Children’s Panel Hearings regarding the risk to L from his father, the perpetrator of abuse towards A and her three children.   Both A and L suffer from Post-Traumatic Stress Disorder (PTSD) as a result of the abuse they experienced and attending panel hearings causes them both an incredible amount of anxiety and stress.

A’s stress was further reduced through organising with the Children’s Reporter to communicate with EWA prior to contacting A. So that A and L could be notified in advance that they would be receiving communication from the panel. The impact of contact and attending meetings was causing A to be physically unwell for several days and the alleviation of this stress has had enormous benefit to her health.

The work of A and L’s support workers in meeting with A and L, visiting them after a hearing and explaining the outcomes also alleviates their stress as they have a better understanding of the decisions and the outcomes.

A and L both fed back to EWA that the support they had received in navigating the different agencies, hearings and meetings in their lives had impacted positively on their ability to engage with statutory agencies while protecting their emotional wellbeing.

Case Study 2
V dialled 999 during an incident in her home but did not speak.  The police heard an incident and proceeded to the property.  On arriving at the house V had obvious signs of injury, she told the police she had gone upstairs to get away from the accused as he was drunk however he had followed her.  She had not expected her call to connect to the police and had made the call to scare him.
When being interviewed V disclosed that the abuse had been going on for years.  The accused also admitted to the police grabbing and trying to restrain V.  He was arrested and charged with assault.
Police Scotland made the referral to EDDACS advising of their concern for her due to her disclosing historic abuse.
When EDDACS made contact with V she disclosed that she had been in a relationship with her partner for over 20 years.  She spoke of him being a good man however on further exploration, it was clear that her life had been affected in many ways by her partner’s abusive behaviours.
EDDACS completed a risk assessment and support and safety plan with the client. The risks included violent assault, suicide threats, resentment, daily verbal abuse, heavy alcohol use and his financial dependency on V.
EDDACS prepared a report for the court passing on V’s comments that she would like some space from the accused, and EDDACS assessment of her situation that we had concerns for her physical safety and emotional wellbeing, and requested special bail conditions for the accused not to contact or approach V or enter her street.  The accused pled guilty and sentencing was deferred for 1 month and special bail conditions put in place to support V.
During our conversation it became clear that in addition to court advocacy, V would benefit from emotional support and the opportunity to speak to a specialist about the abuse she had experienced over many years.  With V’s consent we referred her to her local specialist support service and, so that V did not have to tell her story again, with her permission we sent them a copy of her risk assessment and safety plan documents.
Throughout our engagement with V, EDDACS liaised with her keyworker from the support service.  Together we provided a joint approach to help and encourage her to explore her options and how she would like her life to move forward.  V had never considered a life without her partner and had expected to just put up with it.
With the support from her keyworker, V made the decision that she did not want to see the accused and was valuing her space and safety.  Jointly EDDACS, the support service and V agreed that she was not safe if the accused was able to return to the house and EDDACS indicated this in their court report.
The accused was sentenced one month later and received an 18 month non-harassment order not to contact or approach V alongside an 18 month community payback order with supervision.
V gave feedback that the joint working between EDDACS and the specialist support service was particularly helpful for her.  She said that she had not realised until she received support that she had been living in fear and that her life had now improved immensely.

“If it wasn’t for Women’s Aid I wouldn’t be here today. They’re helpful. They’re always there at the end of the phone. If you need to go anywhere, they’re always there to help. Child workers are ace. They take the kids for a few hours to give you a break. If women like us never had Women’s Aid, I don’t know what we would do. There’s nothing you could say or do to thank them. They do an amazing job.”

“If Women’s Aid wasn’t available, my son and I would still be in a violent environment. Women’s Aid has saved us and helped me to provide a better life for us both and helped us feel safe!”

“What can I say about Women’s Aid? I knew about them but I didn’t feel I fitted into the category for help from them because I wasn’t physically abused. I went to my doctor and she suggested I contact Women’s Aid. I was put in touch with my support worker and she let me see my abuse was mental. Now with her help I’m working through things. Keep up the good work.”

“In my hour of need and desperation, it was Women’s Aid who rescued me. Having been sent to them by the Sojourner Project, Women’s Aid workers became the family I needed here in a foreign country. The intense emotional and mental stress I was experiencing left me very depressed, sad and constantly tearful. I almost wanted to end it all, but the invaluable help and support I got from Women’s Aid gave me hope again. May you grow from strength to strength to help other women in need.”

‘Women’s Aid has offered me a safe place to live. A place to start rebuilding my life again to realise that being in an abusive relationship wasn’t my fault. E.W.A. is an essential place for women fleeing from violence. Without it, problems would be passed on to the children in a never ending cycle of abuse. Without E.W.A. many, many women and children would suffer in silence and fear for their lives.”

Case Study 4
P was referred to the CYP Service by her allocated Social Worker, who had concerns about P’s emotional wellbeing after witnessing significant emotional and physical abuse to her mother. P was also getting ongoing support from Child and Adult Mental Health Services (CAMHS) due to mental health issues, including self-harm. P’s CYP keyworker spoke frequently with P’s CAMHS worker, who felt that a lot of her issues were triggered from seeing her dad.  P has a difficult relationship with her Dad. He is controlling and she feels anxious around him as she never knows what sort of mood he is going to be in. He displays aggressive behaviour and language in front of P and her younger sibling. P’s mum has been separated from him for years, however he is keen to be back together and is constantly in touch with mum and P.

P’s keyworker met with P once a week, building up a trusting relationship and working together on P’s anger and trust issues. P felt that talking about her feelings helped her a lot. P often spoke to the family support worker about things that she wanted her mum to know but felt she couldn’t tell her. The worker worked alongside P to build her confidence and supported P to speak to her mum.  P often disclosed information to the worker that needed to be passed onto social work.  EWA’s CYP worker ensured P had a clear understanding why the information needed to be passed on. The worker also kept in contact with P’s guidance teacher, discussing the best ways to support P within school. The combinations of service involvement led to the partners organising regular child planning meetings between P, mum, EWA CYP team, the allocated social worker, CAMHS and the school.

Due to the co-ordinated support given to P, she started to feel more confident and her self-harming stopped. When P began to feel more empowered and in control of her relationship with her dad support from EWA was reduced to every two weeks.

THANK YOU THANK YOU THANK YOU 🎉✨🎉 Thanks to all of your support we have reached our £20,000 target for EWA's Christmas Appeal 2021! All of the donations and support will go a long way to helping the women and children we support to have a bright 2022 https://t.co/nthtwbdgKs
h J R
@EdinWomensAid

Amazing Fi! Thank you so much! What a difference this will make. https://t.co/yH1dBRQSdU
h J R
@EdinWomensAid 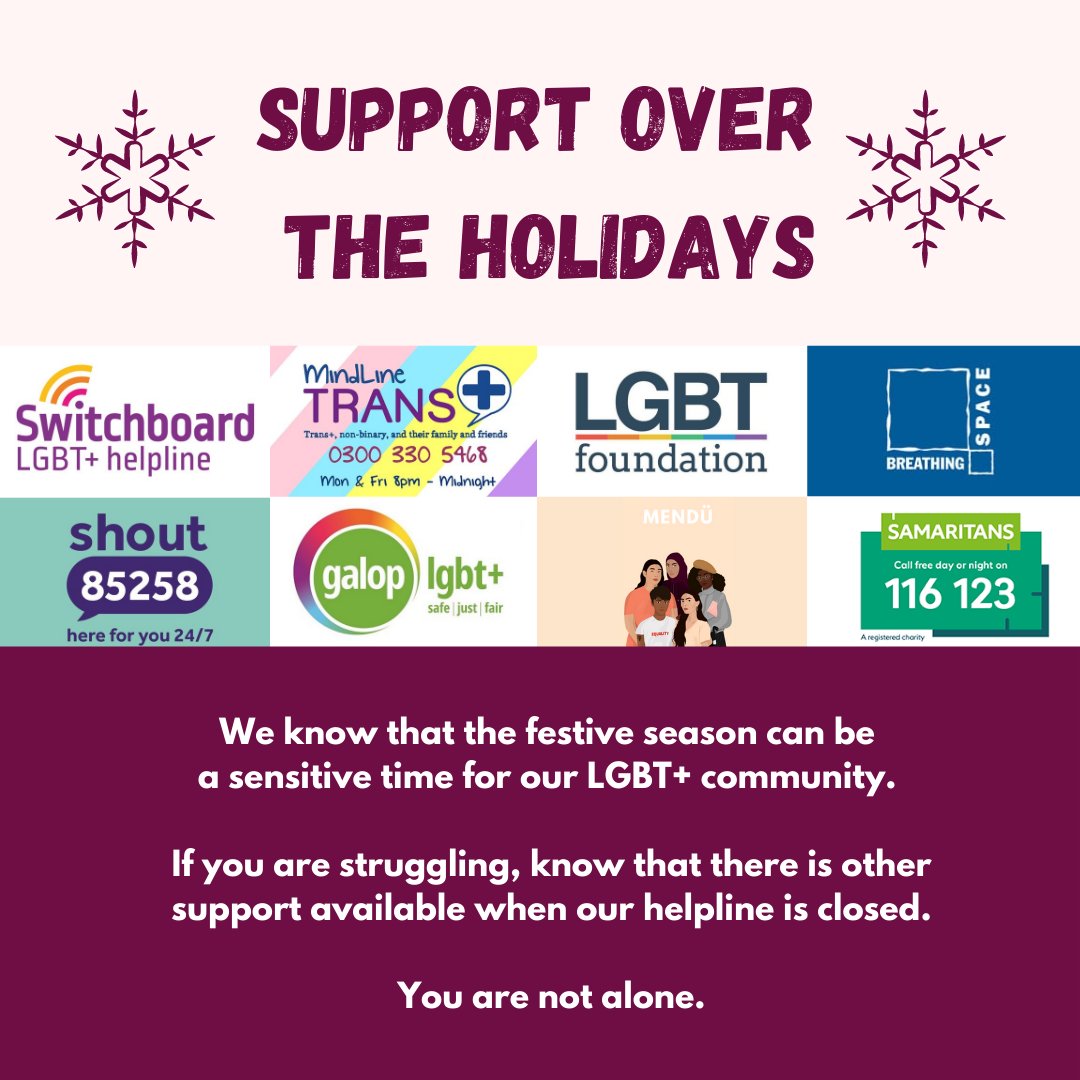 @EdinUniMuseums: Would you benefit from a little weekly ‘time out’ through January, with a small group of others, exploring by travelling time & place & reflecting through handwriting? @EdinWomensAid @eusaactivities @HealthyOldTown @achwscotland @PlaylistforLife https://t.co/r5GfmZ5o6W
h J R